For the DDR, a substantial portion of the commemorative stamps of 1951 celebrate new national relationships, primarily with other Eastern European and Asian communist nations.  Stamp issues for annual sporting, commercial, and special events were also continued during 1951 and 1952.

The two large-sized stamps shown above (Mi. #284-285, Sc. #80-81) were issued on April 22, 1951 to celebrate German-Polish Friendship and the Visit of Polish President Boleslaw Bierut to the German Democratic Republic. 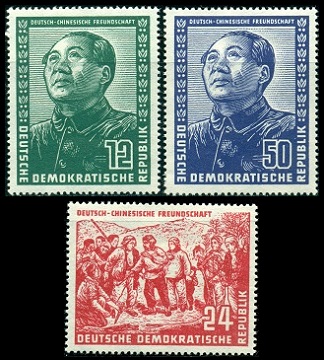 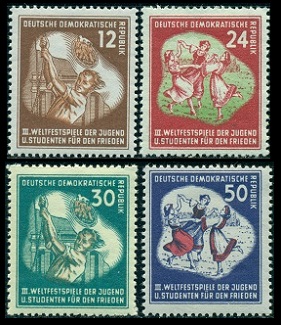 The two designs feature a boy raising a flag and girls dancing. 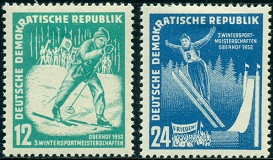 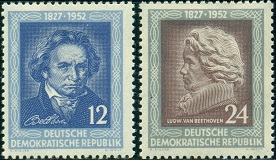 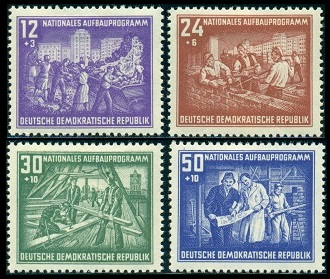 The four surtaxed pictorial DDR stamps shown above (Mi. #303-06, Sc. #B22-25) were issued on May 1, 1952 to publicize and raise funds for the National Reconstruction Program.

Their designs feature occupational skills, and the descriptions are as follows: 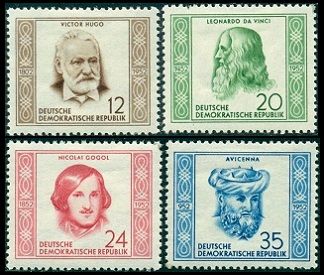 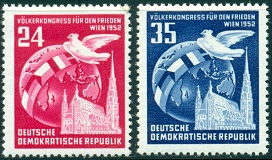 The design features a globe, dove, and St. Stephen's Cathedral.

Return to German Democratic Republic from
DDR - Commemoratives of 1951-1952

The design features a father showing his children his stamp collection.