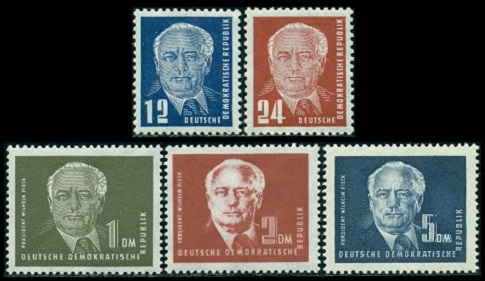 All of these stamps have the Michel Wz. 1 - Multiple Flowers watermark. 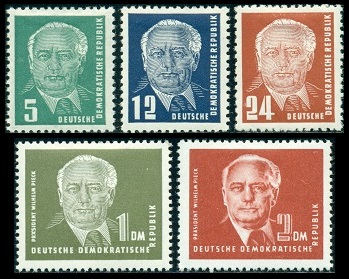 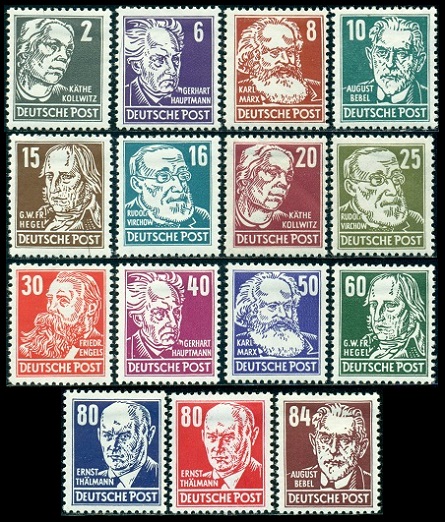 Beginning in September 1952, the Soviet Occupation Zone Personalities Series definitive stamps of 1948 were re-issued.  These re-issued stamps are all typographed.

This definitive set features eight portrait designs of famous German socialists, and they are:


All of the DDR definitive postage stamps of this period were replaced by the attractive new Five Year Plan definitive series, beginning in August 1953, thus, many of the later issues are quite scarce, especially in mint condition.

Return to German Democratic Republic from
DDR - Definitives of 1949-1953 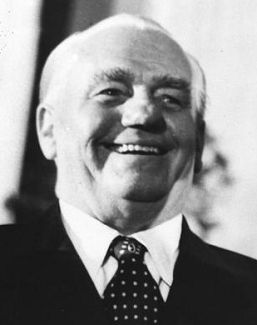 In 1949, Pieck was elected as the First President of the German Democratic Republic, serving until his death in 1960.  After his death, the office of President was abolished.  His successor, as head of state, was Walter Ulbricht (1893-1973) who served under the title "Chairman of the Council of State".