For commemorative Cyprus stamps, the big event of 1937 was the coronation of King George VI and Queen Elizabeth.

The pictorial definitive stamps of Cyprus issued between 1937 and 1951 are almost identical to those issued in 1934, with the exception that each of the unique designs for each denomination also includes an oval containing the portrait of King George VI. 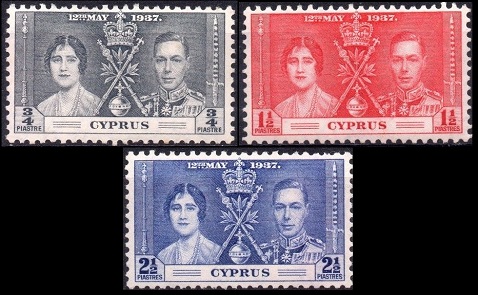 The three commemorative stamps shown above (Sc. 140-142) were issued on May 12, 1937, the day of the Coronation of King George VI and Queen Elizabeth, formerly the Duke and Duchess of York.

It was an event that, a year earlier, would have seemed extremely unlikely, as the Duke of York had NOT been the heir to the throne upon the death of King George V.  It was the coronation of a man that NEVER WANTED TO BE KING, and the devoted wife that would drive him to become one of the most beloved monarchs of the 20th Century.

These stamps are engraved, perforated 11 x 11 1/2, and they are printed on paper with WMK 4 - the Multiple Crown and Script CA watermark.

The designs of the coronation stamps feature the facing portraits of the king and queen, with coronation regalia around. 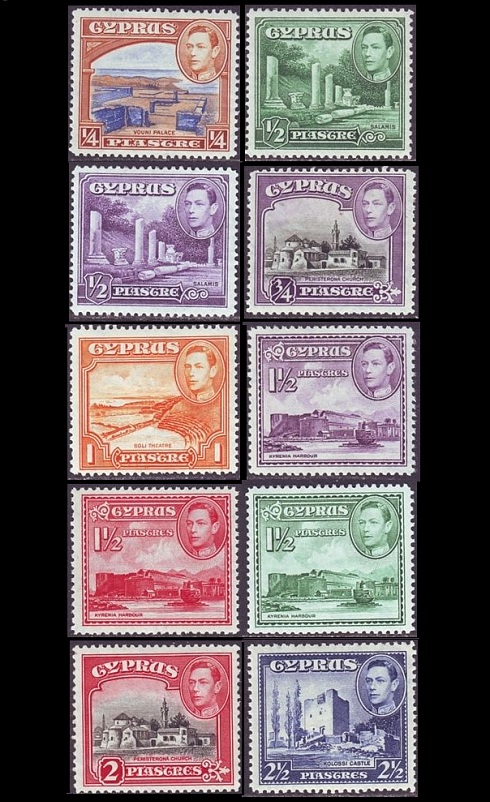 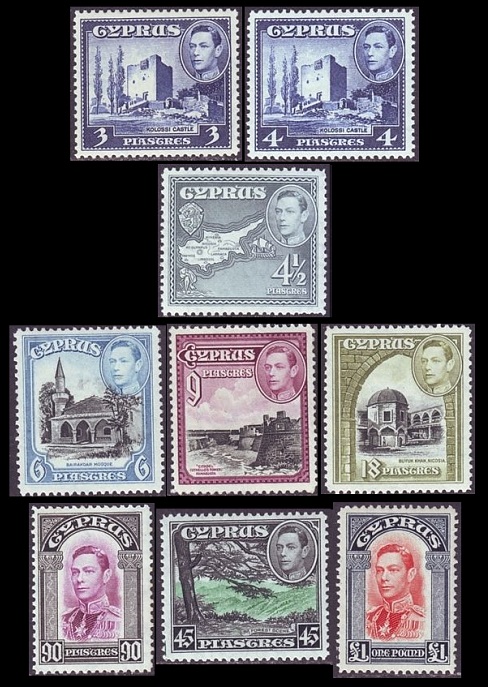 The nineteen large-format pictorial definitive Cyprus stamps shown above (Sc. #143-155, #164-166) were issued between 1938 and 1951.  These stamps are all engraved, perforated 12 1/2, and they are printed on paper with the Multiple Crown and Script CA watermark.

The major design descriptions of these pictorial definitive Cyprus stamps are as follows.

The two commemorative Cyprus stamps shown above (Sc. #156-157) were issued October 21, 1946 to celebrate the Return to Peace at the end of World War II.

The designs feature a view of the Thames River in London, with the Parliament buildings in the distance. 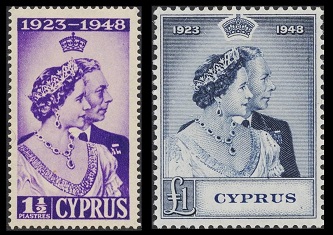 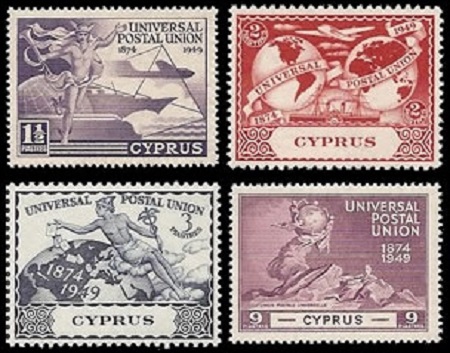 The four commemorative Cyprus stamps shown above (Sc. #160-163) were issued on October 10, 1949 to commemorate the 75th Anniversary of the founding of the Universal Postal Union.