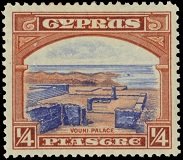 Small-format portrait definitive Cyprus stamps were discontinued in 1928.  They were permanently replaced by larger-format pictorial definitive and commemorative postage stamps that would better reflect the history and culture of this island nation. 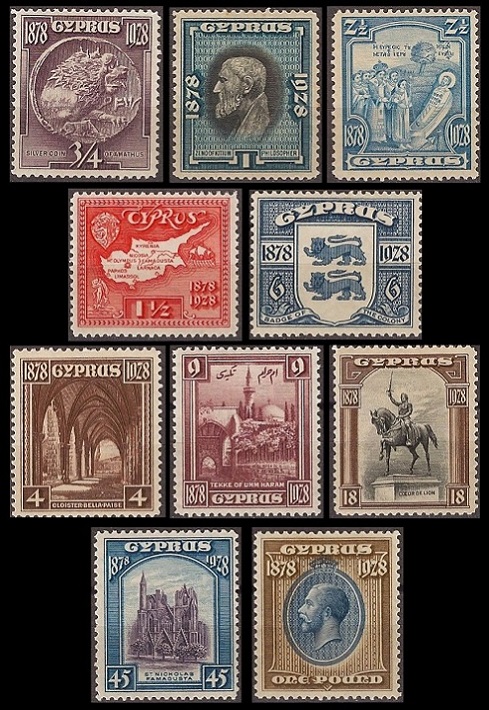 The ten commemorative Cyprus stamps shown above (Sc. #114-123) were issued on February 1, 1928 to celebrate the 50th Anniversary of the British Government of Cyprus.  These stamps are all engraved, perforated 12, and they are printed on paper with the Multiple Crown and Script CA watermark.

In 1878, following the end of Russo-Turkish War and the conclusion  of the Congress of Berlin, Cyprus was made a Protectorate of the British Empire in exchange for guarantees that Great Britain would use the island as a base to protect the Ottoman Empire from further aggression by Russia.  With the outbreak of World War I in 1914, Great Britain formally annexed the island of Cyprus, and in 1925, Cyprus officially became a Crown Colony.  Cyprus would continue to serve as an important British military base, throughout the first half of the 20th Century

Individual descriptions are as follows. 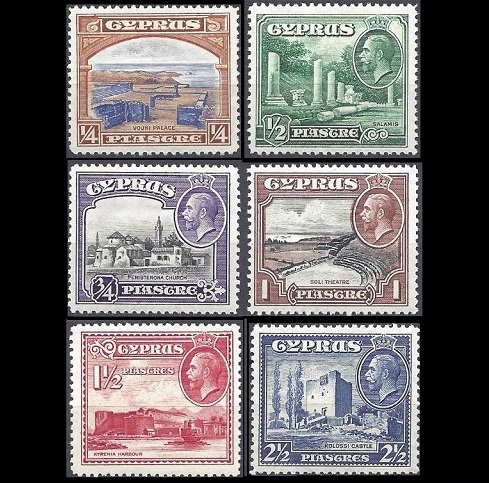 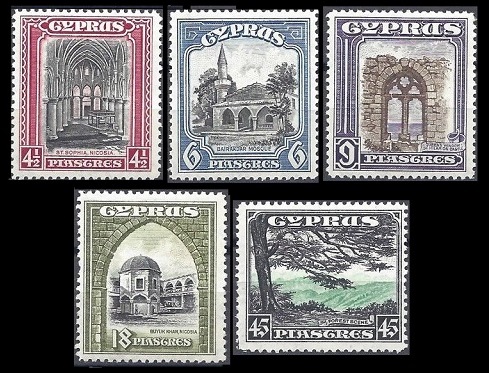 The ten large-format pictorial definitive Cyprus stamps shown above (Sc. #125-135) were issued on December 1, 1934.  These stamps are all engraved, perforated 12 1/2, and they are printed on paper with the Multiple Crown and Script CA watermark.

The individual descriptions of these pictorial definitive Cyprus stamps are as follows. 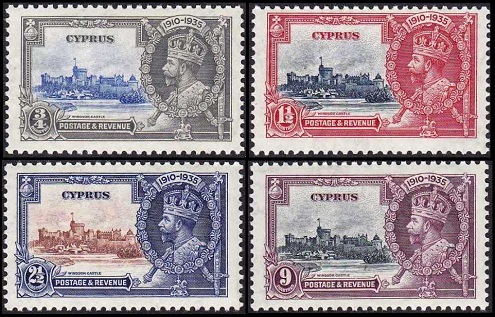 The four commemorative Cyprus stamps shown above (Sc. #136-139) were issued on May 6, 1935 to celebrate the 25th Anniversary of the Reign of King George V.  These Cyprus stamps are all engraved, perforated 11 x 12, and they are printed on paper with the Multiple Crown and Script CA watermark.

Each of the common designs features a view of Windsor Castle and a left-facing profile of King George V, with various types of coronation regalia integrated elsewhere in the design.