The stamps depict the Madonna, the Three Kings, and two different views of the Cologne Cathedral. The surtax went to fund the reconstruction of the cathedral. 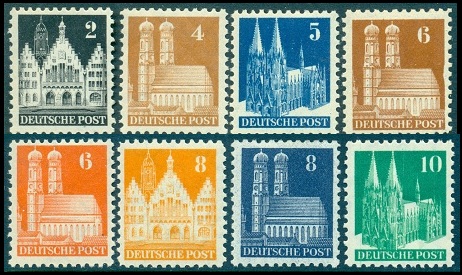 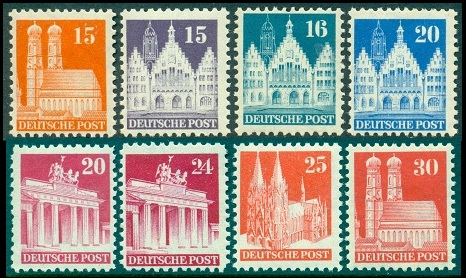 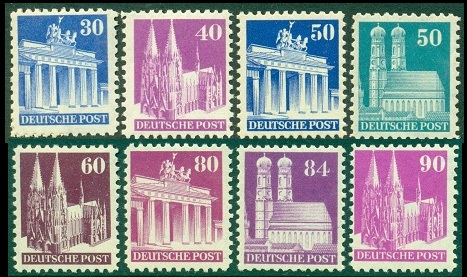 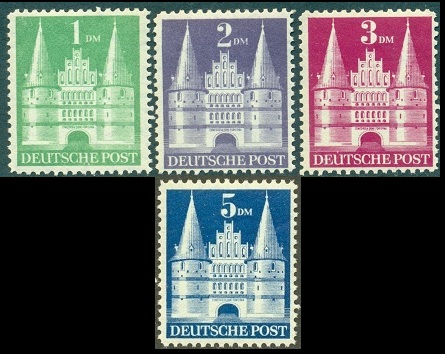 The theme of these new definitive stamps was German architecture.  The new Pfennig denomination designs featured the Frankfurt Town Hall, the Church of Our Lady in Munich, the Cologne Cathedral, and the Brandenburg Gate in Berlin. The new Deutsche Mark designs featured the Holsten Gate in Lubeck.

For the specialist, this series offers a multitude of collecting opportunities. Of special note is the watermark used on this series, which exists in four different varieties, with the "D" in the watermark pointing to the right, downward, left, and upward. 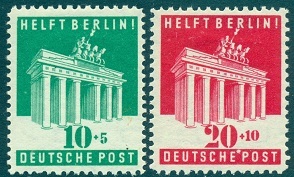 The final two Bizone stamps issued during 1948 are shown above (Mi. #101-02, Sc. #B302-03. These two stamps, issued December 14, 1948, feature the Brandenburg Gate in Berlin and they are inscribed "HELFT BERLIN" or "HELP BERLIN". The surtax amount provided aid to the city of Berlin.