Shortly after the fall of the Third Reich, the Bizone, or the Allied Military Government (AMG) of the United States and Great Britain, was established. This zone issued the following series of stamps for civilian use in the occupation areas of West Germany that were under its control.

There were three different printings of these 1945 stamps. The earlier printings were the Washington and London Printings (March - September). The later printing was the Brunswick (Germany) Printing (August - December). For presentation purposes, the Brunswick printing is presented first, as it is comprised of all the possible denominations of this issue.

The military governments of the Soviet and French occupation zones issued their own postage stamps during 1945. 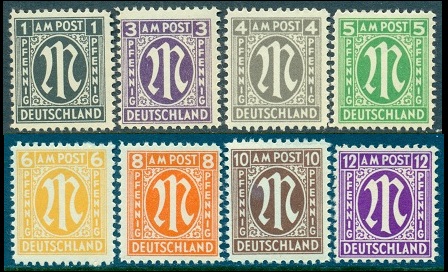 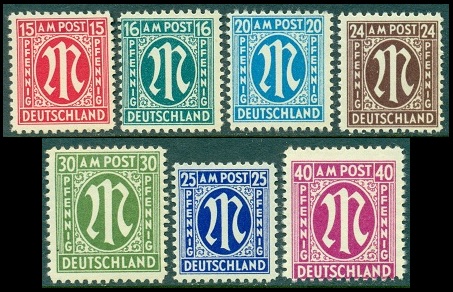 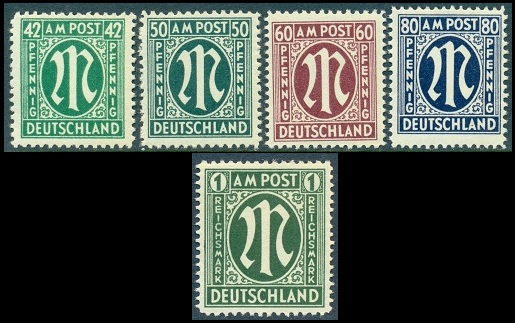 The Brunswick Printing, containing the complete run of all twenty stamp denominations, is shown above (Mi. #16-35, Sc. #3N1-20). This printing was lithographed on medium paper with white gum, and the stamps were all perforated 11, 11 1/2, or compound. 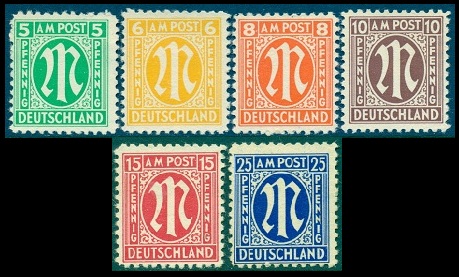 There are also minor design differences between the Washington and Brunswick Printings.

Between 1946 and 1948, the Bizone AMG issues were replaced by those of the Allied Occupation - General Issues.