Surtaxed Belgium stamps for the period 1929-1932 were issued to fund the fight against Tuberculosis, as well as various other charities.  The highlights of this period include two patriotic issues, celebrating the contributions of a beloved Queen and a beloved Cardinal.

The six pictorial charity stamps shown above were issued on December 2, 1929 (Scott #B93-98) to benefit the National Anti-Tuberculosis League.

The seven pictorial Belgium stamps shown above were issued on December 1, 1930 (Scott #B99-105) to benefit the National Anti-Tuberculosis League. 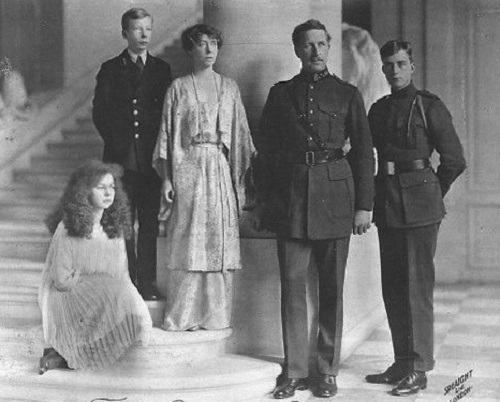 During World War I, despite her Bavarian heritage, she was a very popular queen, and she was perceived as being eager to support her adopted country.  She often visited the front lines, and she supported a nursing unit.

During World War II, she used her royal status and her Bavarian family connections to prevent the deportation of Jewish children from Belgium by the Nazis.

The nine surtaxed Belgium stamps shown above were issued on June 10, 1932 (Scott #B114-122) to honor the Memory of Cardinal Mercier.

The surtax went to a fund to erect a monument to the memory of the Cardinal. 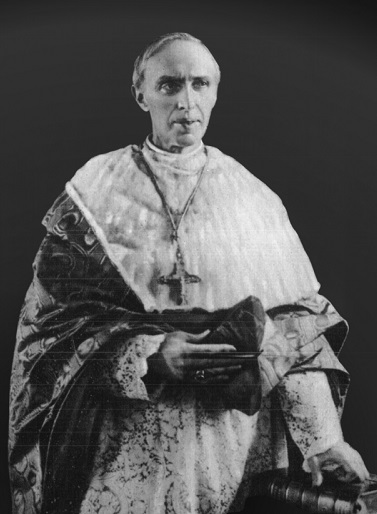 Cardinal Mercier
From a 1915 Photograph

Désiré-Félicien-François-Joseph Mercier (1851-1926) was a Belgian Cardinal of the Roman Catholic Church.

Mercier was ordained as a priest in 1874.  He received his doctorates in Theology and Philosophy from the University of Louvain in 1877, after which he began teaching at the Minor Seminary of Mechelen, eventually becoming the dean.  His comprehensive knowledge of St. Thomas Aquinas earned him the chairmanship of the department of Thomism at Louvain University in 1882, where he taught until 1905.

Cardinal Mercier is best remembered for his staunch resistance to the German occupation of Belgium during World War I.  Upon returning from the papal conclave of 1914, he passed through the Port of Le Havre, where he visited wounded French, Belgian, and British troops.  Arriving back in his archdiocese, he found the Cathedral of Mechelen partially destroyed.  By Christmas 1914, thirteen priests in his diocese had been killed by the Germans, not to mention many civilians.  In response, Cardinal Mercier wrote a pastoral letter, Patriotism and Endurance, which was to be read aloud in all Belgian churches during January 1915.  He embodied Belgian resistance and sometime became the subject of Allied propaganda.  He was kept under house-arrest by the Germans for the duration of the war.

Return to Belgium Stamps from
Charity Stamps of 1929-1932

In August 1929, the nine stamps of the 1928 Orval Abbey charity stamps were privately overprinted by the Committee for the Restoration of Orval Abbey.  The overprint consists of a "Crowned L" with the date "19-8-29".  Two examples from the set are shown above.

The proceeds from the sale of these stamps were for the laying of the first stone towards the restoration of Orval Abbey.

The surtaxed stamp shown above, part of a souvenir sheet, was issued July 18, 1931 (Scott #B106a) for the Brussels Philatelic Exhibition, held from July 18 to July 21, 1931.  The surtax from the sale of the sheets went to the Veterans' Relief Fund.

The design features a portrait of Prince Leopold, the heir to the Belgian throne.

The two surtaxed stamps shown above were issued August 4, 1932 (Scott #B123-124) to honor Belgian soldiers that fought in World War I and to raise funds to erect a national monument to their glory.

The central design of each of these stamps features the likeness of a Belgian Infantryman.

The seven surtaxed charity stamps shown above were issued on December 1, 1932 (Scott #B125-131) to benefit the National Anti-Tuberculosis Society at Waterloo.

The design of these stamps features a view of the Sanatorium at Waterloo.