New Belgium stamps, with the left facing profile of King Leopold II, began appearing during 1870.  Along with the lower denomination numeral stamps, they were the first postage stamps of Belgium to have the country name printed on them.  Even though more than half the population speaks Dutch, the country name is in French, the official language of the government.

These stamps are typographed and perforated 15.

Many of the denominations in this definitive stamp series were printed with both regular and aniline inks.  The Scott catalog does not list them separately.

The four stamps shown above were issued in 1883.  They are also perforated 14.

The five new stamps shown above were issued between 1886 and 1891.  These stamps are perforated 14. 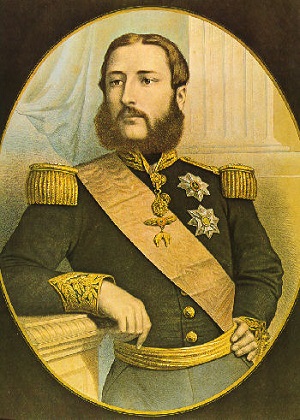