Bavarian stamps, for official use only, were first issued during 1908. These official stamps, as with those of most other stamp issuing countries, were not sold to the public, but they were provided to government departments, for use on official mail. 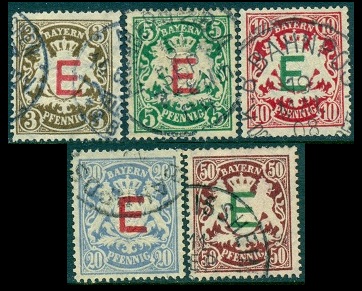 The first official stamps of Bavaria were issued on January 1, 1908, for use by the Bavarian Railway Authorities. The stamps are shown in the scan above (Mi. Dienstmarken #1-5, Sc. #O1-5).

The contemporary Bavarian stamps of the embossed-arms-type were utilized, with each being overprinted with a large "E". The "E" stood for "Eisenbahn" or "Railroad" 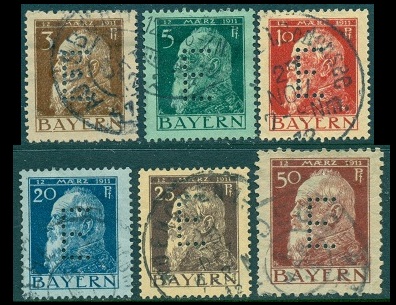 The six contemporary stamps of the current Prince Regent Luitpold definitive series, were perforated with a large "E", for use by the Bavarian Railway Authorities during July 1912. The stamps are shown in the image above (Mi. Dienstmarken #6-11, Sc. N/L). 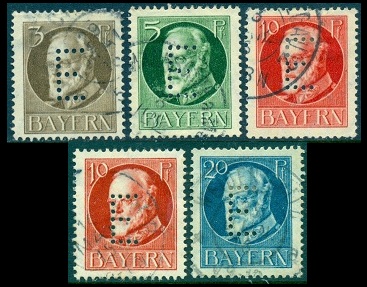 With the accession of King Ludwig III, the five contemporary stamps of the King Ludwig III definitive series were also perforated with a large "E". These stamps were issued in 1914 and 1915, and they are all from the Peacetime Printings.  They are shown above, plus both shades of the 10 Pf. denomination stamp (Mi. Dienstmarken #12-15, Sc. N/L). 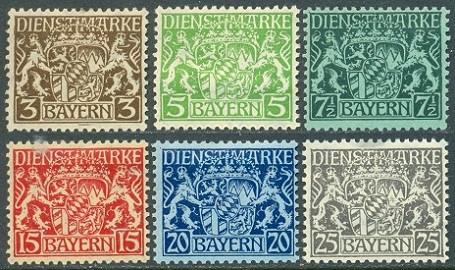 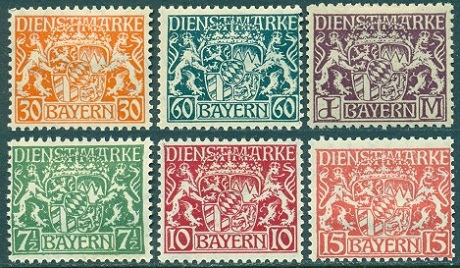 These stamps were available for use by ALL government departments, not just the railway authorities, as had been the previous official stamp issues. 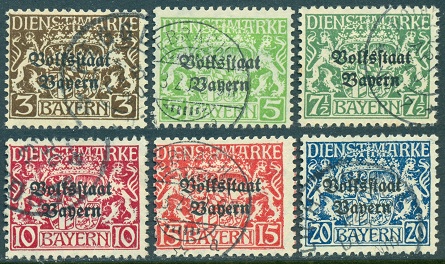 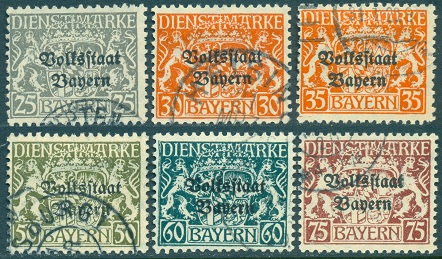 With the brief existence of the People's Republic, used stamps from this set are very scarce. Most of the ones on the market are favor-canceled stamps, which are worth the same as lightly hinged mint stamps. 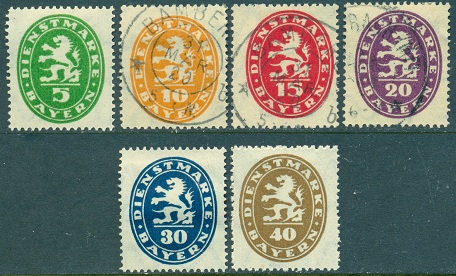 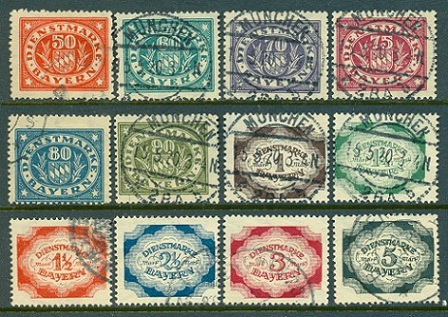 Most of these stamps are scarce to rare in used condition, and certified or authenticated examples should be purchased. Most of the used examples on the market are favor-canceled, and they sell for the same price as lightly hinged mint stamps.