New Austria stamps issued by the Allied Military Government (A.M.G.) of the United States, Great Britain, and France began to appear at the end of June 1945.

By May 1945, French, American, and British armies had taken control of the Western portions of the former nation of Austria.  The borders of the four Allied occupation zones were established by July 1945, with the city of Vienna being declared an international zone

The new A.M.G. stamps were issued for use in all of the Western Austrian states occupied by the United States, Great Britain, and France.  They were not valid for postage in the Soviet Union occupation zone.  All of these A.M.G. stamps were denominated in Austrian Schillings and Groschen. 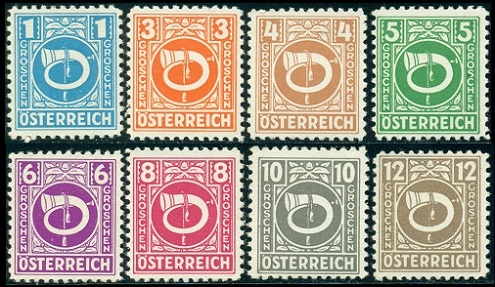 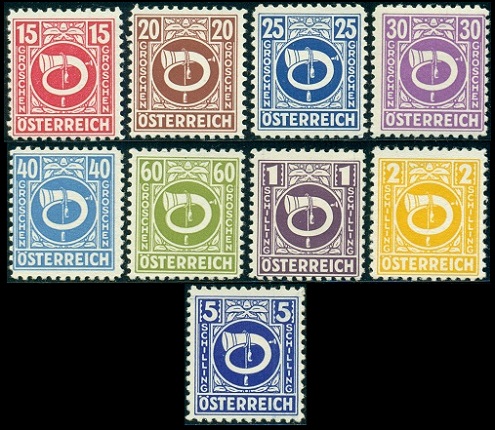 This simple Allied Occupation stamp design features a post horn, with denomination numerals in the upper corners and the denomination spelled out at the sides.

As mint and used examples, these stamps are very common, however, on commercial covers, they can be quite scarce.

In November 1945, these stamps were replaced by the first official postage stamps of the Second Republic of Austria.