Pictorial Austria stamps continued to appear during 1947 and 1948.  These included a wide range of events, from honoring famous people, promoting national events, to raising money for reconstruction projects.  It would take a few more years for Austria to emerge as the prosperous nation that we know today, but they were working very hard on that goal throughout the end of the 1940's and into the early 1950's. 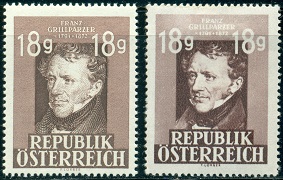 There are two distinctly different types of this commemorative stamp.
Type I, in February 1947, was engraved.  Type II, in June 1947, was photogravure.  They are both shown in the images above.

There were also two different printings of the photogravure stamp.  The earlier printings are printed in lilac brown, the outer frames are indistinct, and the lettering has very poor contour.  The later printings are in violet brown, the outer frames are even, and the lettering shows very good contour.  The later photogravure printing is shown above.

The printing of commemorative stamps by the photogravure process was obviously not very successful, and luckily for stamp collectors, Austria continued to print almost all of their future commemorative and special event stamps by the line engraved process. 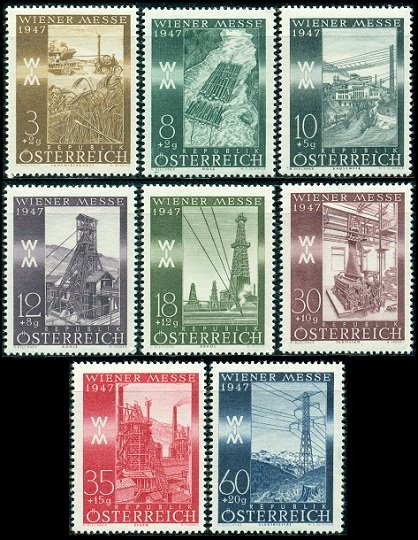 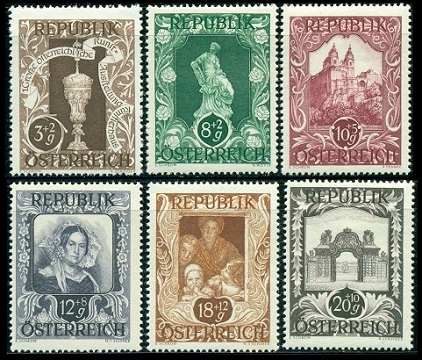 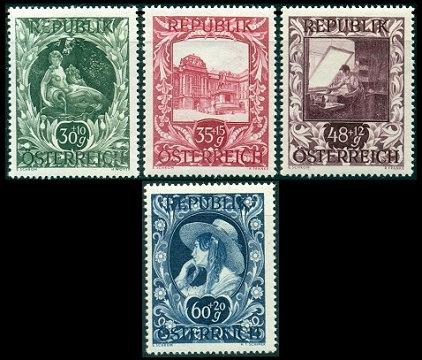 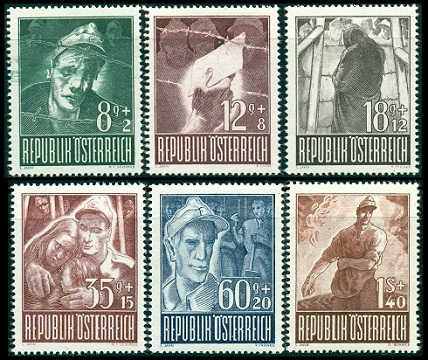 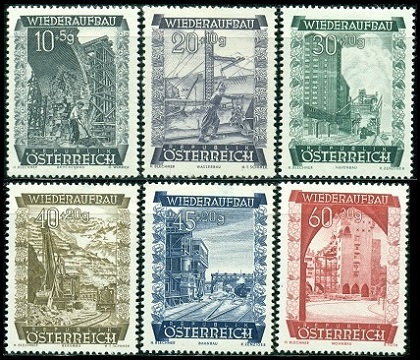 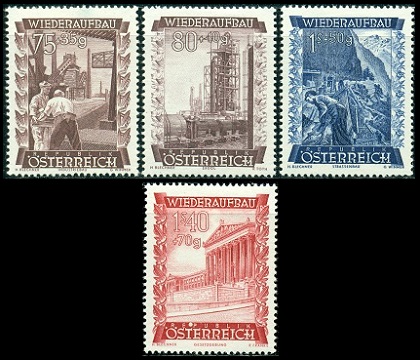 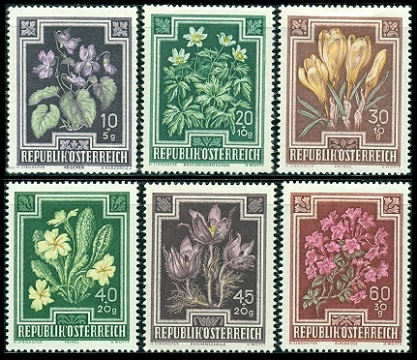 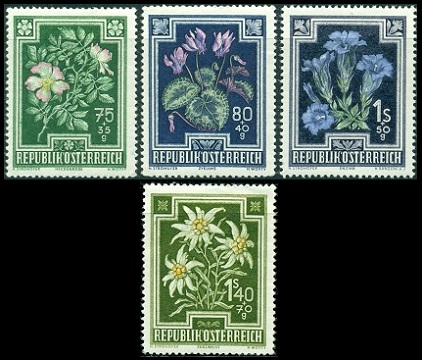 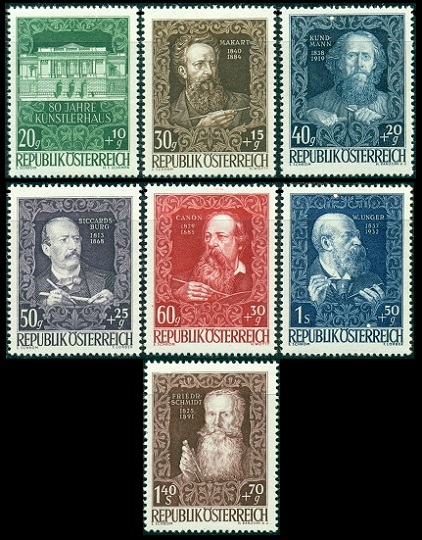 The seven surtaxed pictorial Austria stamps shown above (Mi. #878-84, Sc. #B245-51) were issued on June 15, 1948 to celebrate the 80th Anniversary of the Künstlerhaus, the home of the Austrian Artists Association. 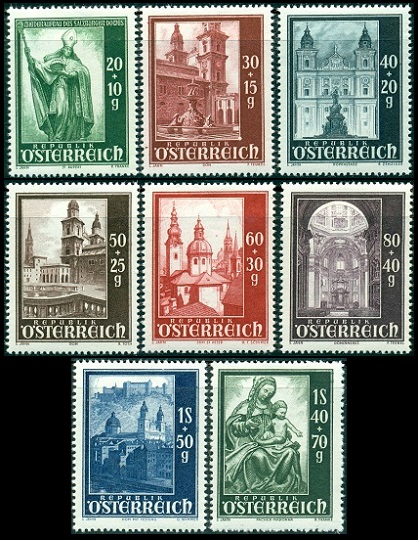 The eight surtaxed pictorial Austria stamps shown above (Mi. #885-92, Sc. #B252-59) were issued on August 6, 1948 to raise money for the Reconstruction of Salzburg Cathedral.

During his short, 31 year, lifetime, this World-renowned Austrian composer created over 600 musical works, and today, he is ranked as one of the greatest composers of the Classical Era.

The stamp was printed on pink tinted paper and the design features a jockey on a race horse.

The design features a Morse Code apparatus and a globe, symbols of global telegraphic communications.

The surtax was used to pay part of the expenses for Austria's 1948 Olympic team.

The design features the portrait of Karl Renner.

The 60 G. denomination commemorative stamp shown above (Mi. #928, Sc. #558) was issued on December 18, 1948 to commemorate the 130th Anniversary of the Christmas Song, "Stille Nacht, Heilige Nacht" -- "Silent Night, Holy Night", one of the World's most popular Christmas seasonal songs.