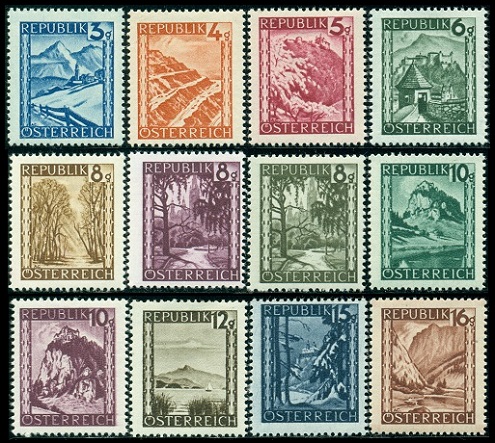 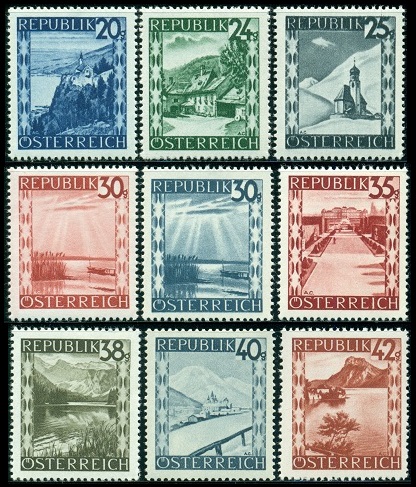 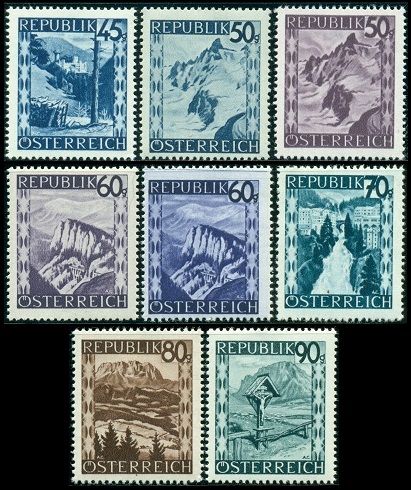 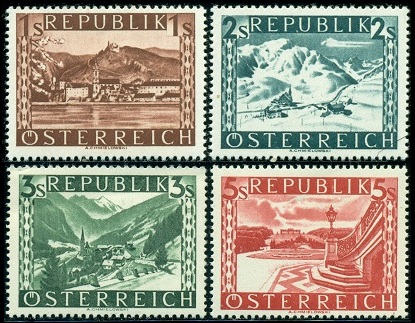 The four Schilling denomination Lansdcape definitive stamps shown above (Mi. 767I-70I, Sc. #478-81) were issued in May and June 1946.  These new high-denomination Republic of Austria stamps are all photogravure and perforated 13 1/2 x 14.

On the original printings, shown above, the upper and lower panels have a screen effect, as shown in the graphic directly above. 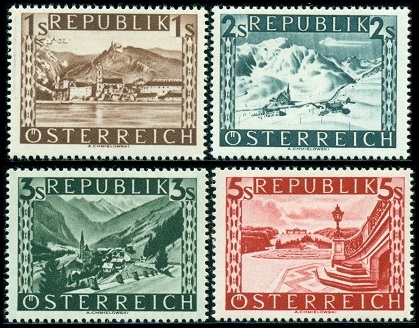 The designs of the four Schilling denomination Landscape definitive stamps shown above (Mi. #767II-70II, Sc. #496-99) were re-drawn, and they were re-issued in August 1946.

On the re-drawn printings, shown above , the upper and lower panels have a solid effect, as shown in the graphic directly above. 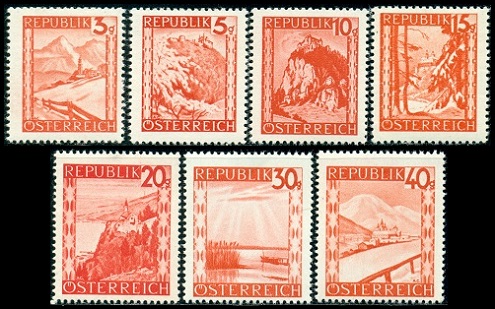 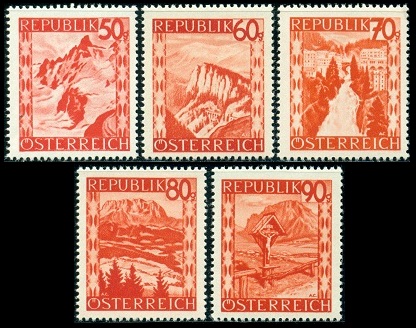 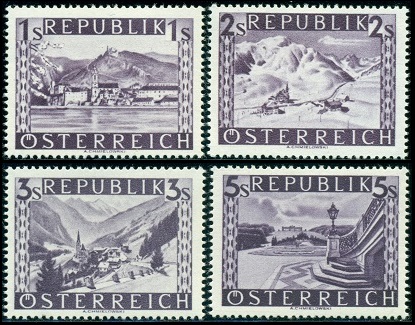 These new stamps were not in use very long, as they were replaced by the new series of Regional Costume definitive stamps, beginning in June 1948.

There are many plate and printing varieties on almost all of the stamps shown on this page.  Please see the specialized Netto and Michel catalogs for details.

Return to Austria Stamps - Second Republic
from Definitives of 1945-1948

The overprints range in color from black to red brown.