There was something ominous on the horizon though.  In October 1929, the Great Depression began.  This period of unspeakable poverty and suffering hit the German-speaking countries of Central Europe, still suffering from war reparation expenses and the era of hyperinflation.  The social and political instability in the aftermath of the Great Depression would bring extremist political movements to power in Central Europe, and over the next 15 or so years, they would destroy the First Republic of Austria and the fallout from them would negatively affect the modern World for the remainder of the 20th Century! 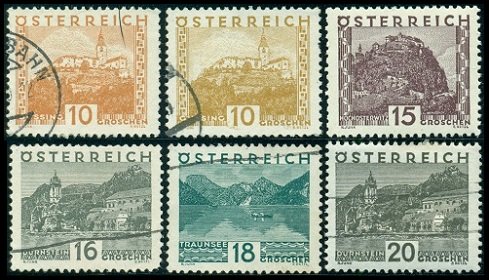 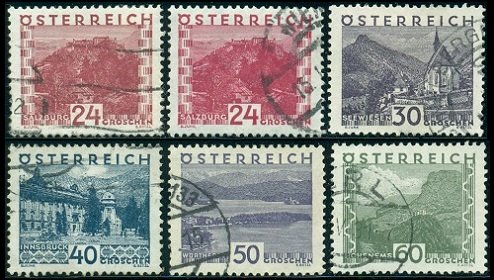 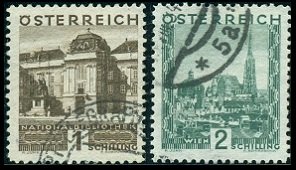 The fourteen landscape-type definitive Republic of Austria stamps shown above (Mi. #498-11, Sc. #326-39) began appearing in November 1929, continuing through September 1930.  The Groschen denominations are typographed and the Schilling denominations are engraved. 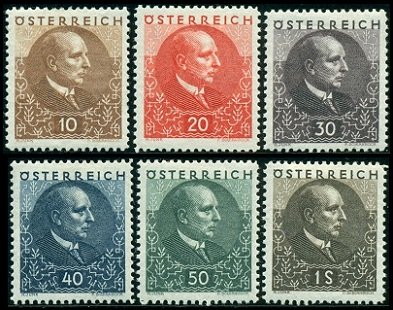 These Austria stamps sold for double face value, with the surtax aiding anti-tuberculosis work and the building of new sanatoriums in Carinthia. 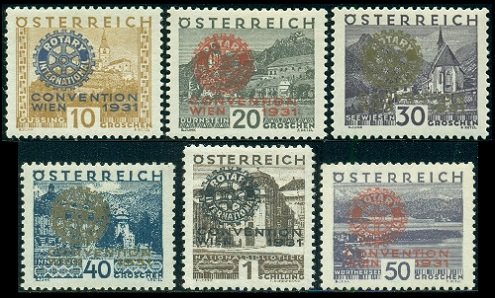 The overprints, which were applied to six denominations of the 1929 landscape definitive stamp series, consisted of the Rotary International Emblem and "CONVENTION / WIEN / 1931" in various colors. 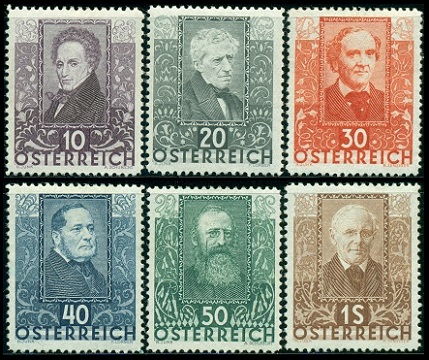 These stamps were sold at double face value, with the proceeds benefiting unemployed young people. 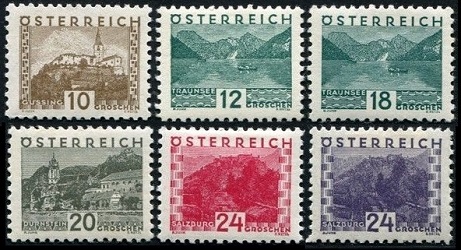 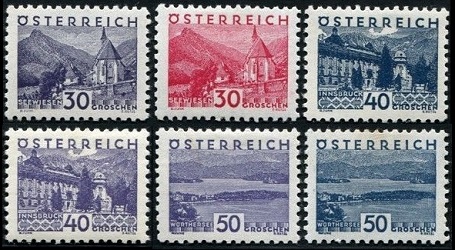 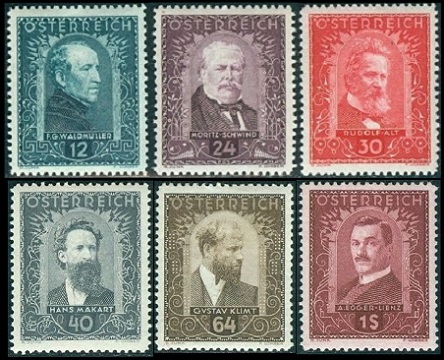 These stamps were sold at double face value, with the proceeds benefiting charitable institutions. 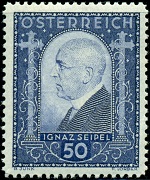 These stamps were sold at double face value, with the proceeds benefiting wounded veterans of World War I.

Monsignor Ignaz Seipel (1876-1932) was a prelate and politician of the Christian Social Party, and he was the Chancellor of Austria twice, during the period between 1922 and 1929.