The number of Spanish Andorra stamps issued between 1948 and 1966 is actually rather conservative.  The two relatively small sets of pictorial definitive Spanish Andorra stamps, issued between 1948 and 1964, feature national symbols and landscapes, and a special set of four definitive stamps issued during 1966 features flowers.  In total, only 27 letter postage and special services stamps were issued, during this eighteen year period! 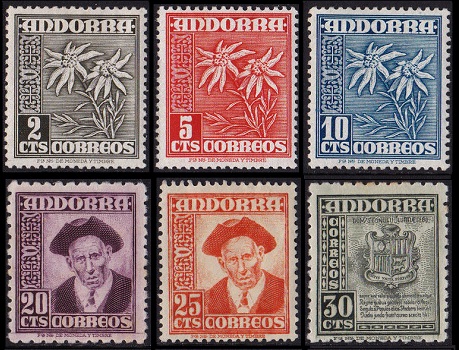 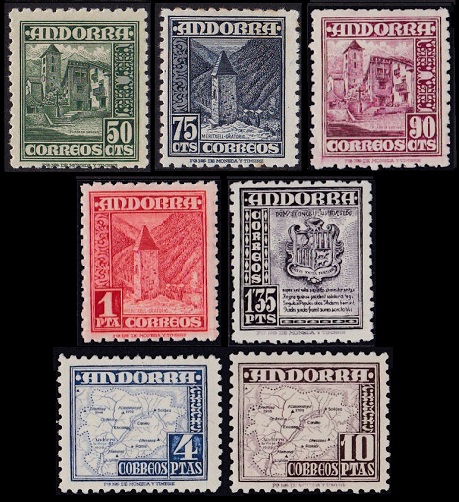 The eleven pictorial Spanish Andorra stamps shown above were issued between 1948 and 1953.  The first three denominations are photogravure, and the rest of the denominations are engraved.  Three different perforation gauges were used. 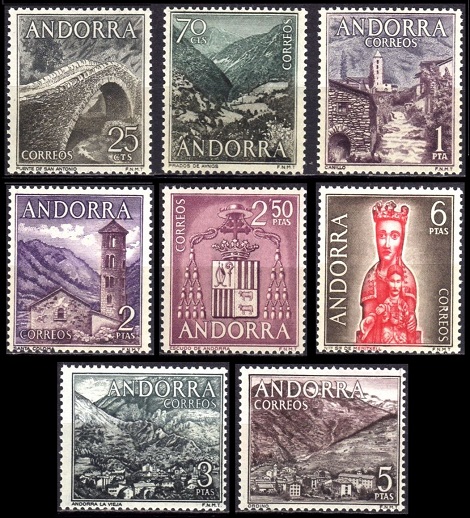 The eight pictorial Spanish Andorra stamps shown above were issued between 1963 and 1964.  They are engraved and perforated 13. 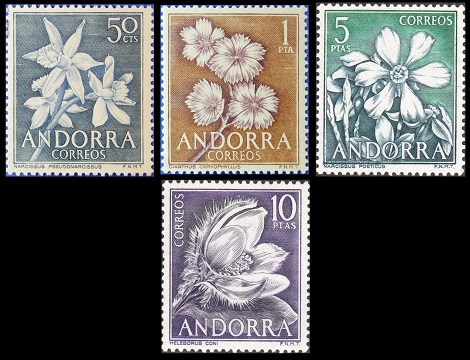 The four flower-themed stamps of Spanish Andorra shown above were issued on June 10, 1966.  They are engraved and perforated 13. 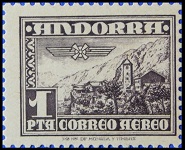 
The design features an airmail emblem above a view of Andorra la Vella.

The 25 C. denomination Spanish special delivery stamp of Andorra shown above (Sc. #E5) was issued during 1949.

The design features a Coat of Arms and a Squirrel.