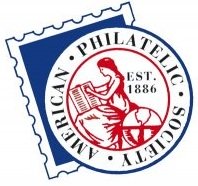 The American Philatelic Society (APS) is the largest non-profit philatelic organization in the world. As of 2018, they have about 30,000 members in approximately 110 countries. Both the membership and the focus of the society are Worldwide.

The society was founded in September 1886, in New York City, as the American Philatelic Association, and the first president was John K. Tiffany. Their early membership roster read like a who's who of the giants of philatelic history that we recognize today. In 1908, the name was permanently changed to the American Philatelic Society. By 1940, there were over 4,000 members, including President Franklin D. Roosevelt! In 1945, the headquarters of the APS moved from New York City to State College, Pennsylvania, and in 2004, the headquarters was again relocated to nearby Bellefonte, Pennsylvania.

The products and services available to APS members are:

The American Philatelist - Monthly Journal
APS StampStore - An online venue, via their website, with stamps for sale by members.
Sales Circuits for most specialties, via mail
American Philatelic Research Library - books and research materials available for loan to members, via mail.
Insurance for stamp collections
American Philatelic Expertizing Service
Accreditation of Philatelic Judges
Educational opportunities
Member Code of Ethics and a Complaint Process
Website (www.stamps.org) with news and information for all levels of stamp collectors.

A few years ago, I began researching 19th Century Austrian Imperial postmarks for my Austrian Empire collection. It was a huge undertaking, encompassing postmarks from over 11,000 post offices, covering most of Eastern Europe and the Mediterranean. Many of the most important publications on Austrian Imperial postal history and postmarks are German language books that have been out of print for decades. A couple of them were last published at the beginning of the 20th Century! The APS had all of them, and I was able to borrow them, digitize them for future reference, and use them in the configuration of my postmark collection.

I also subscribe to several sales circuits.  The circuit books usually contain nice, reasonably priced material that is submitted by other members.  Other than the internet or the occasional philatelic exhibition, they have been one of the principle sources of quality material for my classical stamp collections since the 1990's. 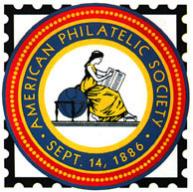 You can go directly to the APS website, by clicking on any of the APS logos on this page.  If you use the web interface to the APS website, or download their membership form to mail to them, please remember to enter my NAME and APS NUMBER on the "SPONSOR" line at the bottom of the form. 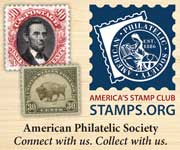